Tidal range energy is not a new concept and has been used over the centuries to generate energy locally. For example, tidal mills. Like the barrage, the tidal lagoon has the potential to generate power on both ebb and flood tides, which has the advantage of temporal predictability. Technologies from tidal range systems have been applied to the concept of the tidal lagoon which has the potential to reduce the environmental impact by limiting the effect of a barrage system. 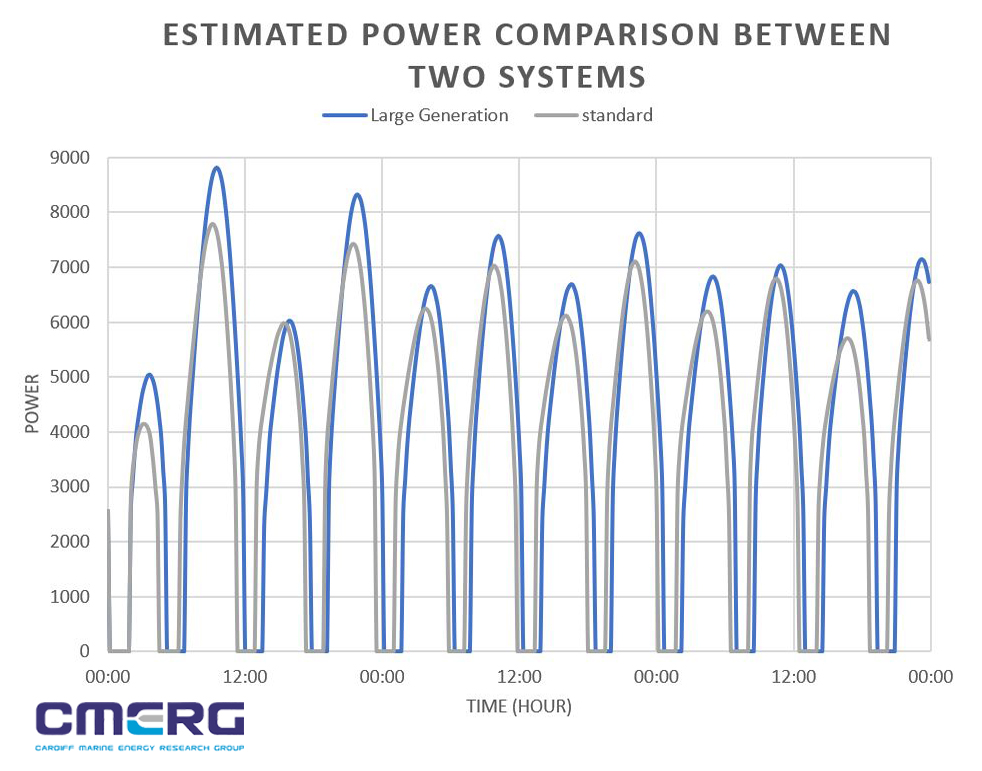 Theoretical potential power for each power generating system for a 3-day period under same conditions.

This paper proposes a solution to convert Newport Docks, Wales, UK into a tidal lagoon system, to provide renewable energy to the local area. The proposed hybrid system features a pumping system which is powered by a tidal turbine, allowing the control of the head difference between the dock and the local tide. A Matlab programme is used to simulate the tidal barrage system, results are compared with the standard barrage system. By shifting the generation time (Figure 1), the results show there is an increase in maximum power (by 7%), total power produced (by 6%) and generation time (by 30 mins more per day) when using the hybrid system. Moreover, another advantage of the hybrid system is that it can be used as a power storage for peak demand. This methodology as the potential to enable other tidal energy sites, to supply energy to the grid. 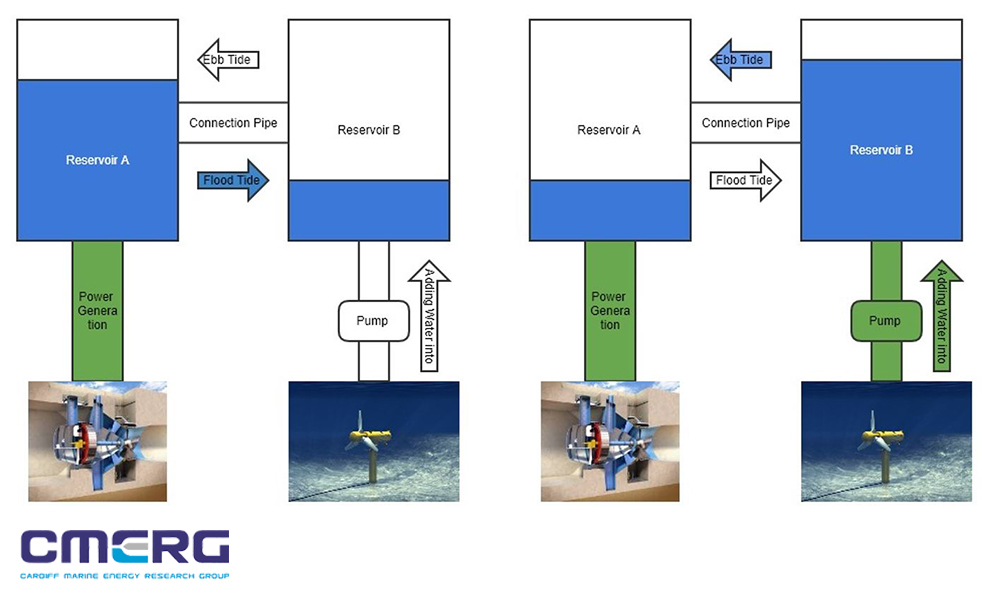